Famous for their explosive remixes and acclaimed by electro lovers and DJs from all around the world, the young French producer duo has managed to impose their style with the release of three EPs on KitsunÃ©, namely Cha Cha Cha in Spring 2010, Disque Oh! In early 2011 and Falcon Punch in summer 2011. When you know it all started as a game between the two friends, their dazzling rise is even more impressive. 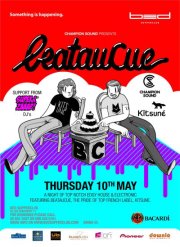