Started a career of DJ when he was 15 years old and gave himself a new name “DOPPELGENGER” in 2008.
His original DUB style is formed with aggressive punk mind on psychedelic beats.
He organizes parties called “CYBERPUNK” (@Wire) and “VISION” (@Heavysick) in Tokyo. And he is a resident DJ of Japan’s leading D&B/Dubstep party, “Drum&Bass Sessions”.
He released “Dubstep Mixology” from his private label, and “TIME WILL TELL” (DVD + 2 Mix CDs) was released from RUDIMENTS. Now he’s making tracks for a new album.
His original tracks have begun to attract the world’s attention.

This is a new chapter of Giant Swing. 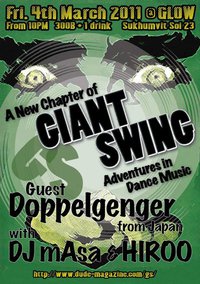 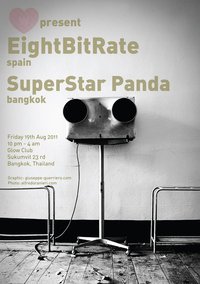 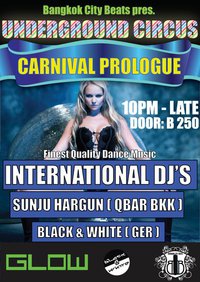 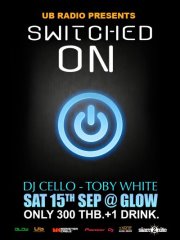 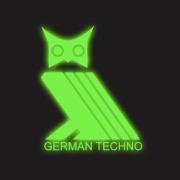