C L A S S I C is a night dedicated to the lovers of the good groove of early classic House Music from the early 90’s to 2000 & Soul, Disco, Funk, Boogie and Rare Groove from the 80’s.
It was â€œPrinceâ€ who said “Tonight we’re gonna party like it’s 1999!” He was right. Although the 90s seem like they were really just about yesterday (in the big universal time-line of things), 90s theme parties are still a hot and funky theme to consider when throwing parties. For one thing, all theme parties need to have plenty of good music and the 90s marked the beginning of new and diverse types of popular music.

Promising to be an awesome night filled with good vibes! The line-up is excellent featuring some of Thailand’s legendary DJs from back in the day as well as some of the hottest current era DJ’s; playing wicked tunes from 10.00pm through to 2.00am. This night is one not to be missed. No work the next day so even more good reason to come and party down at the exquisite club; Club Culture in Bangkok.

Venue: Club Culture
For clubbers and dance music lovers from across the Universe will get the chance to experience an icon of Bangkok nightlife,CLUB CULTURE.

HOKUS is a DJ and Producer from France.
First appearance took place at Duplex Club (1998 Calais) with Frank Biazzi (Lagoa).
After his Techno period, he started to be more into Funky/Jackin’ House.
As the time went he started playing in belgium clubs : H2o Club, Zoo Club, Escape Concept, Pulse Factory… (2003-2009)
HOKUS, whos style of music production is defined as elaborate structure of “funky & Jackin’ House” rhytms with point of : Hip-Hop, Jazz & Funk…
As a producter and remixer, he has released on labels from : Maracuja, Funkfield, Patsada, Greenhouse, Juiced, Tight, Tastie, Dustpan, Gourmand, Ginkgo, Shak Digital, Chestnut Ave, Dropp Sound.
In 2010, HOKUS decides to leave Europe to feel new artistic vibrations in Asia… Now for him, this is the best time to run his own new label : BLACK n’ PINK music.
One year after his first release, HOKUS was already considered like one of best Jackin’ House Dj/Producter from the new wave generation.
He has already played in some awesome nightlife places in France, Belgium, Singapore, Vietnam, Thailand & Indonesia..

Dj Christian aka CHRISKING
A veteran and pioneer in the local clubbing scene, Christian began his career as a DJ back in the 80â€™s. Influenced by the early sounds of punk, rock, disco, funk, soul, hip-hop and rap, he held his first residency at one of the most famous clubs in the city at that time, SuperStar(Patpong), and before long, became one of the most in-demand and DJs in Thailand . Since then, he has held residences and performed at clubs such as Superstar(Patpong),Dianaâ€™s (The Oriental Hotel),NASA , Palladiam (Pattaya),Mammoth(Chiang-Mai) Spark,Taurus,Talk Of The Town (Shangri-La Hotel) Narcissus, CafÃ© democ,Freakout, Le Freak, Lucifer, Lucille, Club Astra, Bed Supper Club and Club Culture to name a few, and is also one of the few elite local DJs to be invited to perform at â€œCulture Oneâ€ Bangkok International Dance Music Festival.
Versatile, skillful and highly talented, his energetic sets has never failed to deliver to the crowd and heâ€™s the perfect addition to any party or festival, be it at a club, or an outdoor event. 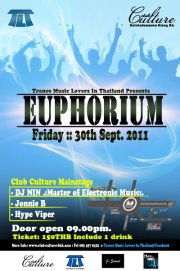 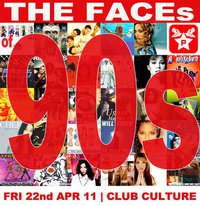 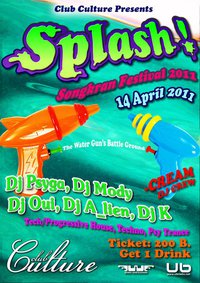