From the 19th of May LED launches: SUPERSTAR THURSDAYS! 3 Thursdays in a row we offer:

The absolute World Class DJ & Producer DAVID TORT will hit the decks at LED on Thursday the 19th of May.

David Tort is one of the most relevant Spanish artists taking part of the global electronic scene, a fact proven by his over half a hundred released productions, among which hits like “Changes”, “7 Eleven”, “L.A. Girls” or “Work It Out”, and also remixes for David Guetta, Ultra Nat. His music is included in the soundtrack of several MTV USA’s reality shows, some television channels and may also be found in compilations by Ministry of Sound, Azuli, Yoshitoshi, Cream and others.

He first entered a recording studio on 1990, experimenting with EMB and Acid House, but it was not until 1998 that he published his first works. On 2004 he founded Overbooking Studio with Dj Ruff, sharing base between Los Angeles and Barcelona. During the 90s, he was resident DJ in real cult clubs at Costa Dorada, among which starrs Pacha Sitges, the first Pacha there was. From 2002, he offers us his sessions every summer at L’Atlantida, a legendary club by the Mediterranian sea shore which belongs to the Amnesia Ibiza group. His international DJ career started in 2003, and he’s been in dozens of countries, where he’s been acclaimed by the audience thanks to his savoir faire at the turntables, making people dance for over two decades.

His work has been recognized by both the critics and the audience, as proved by four Deejay Magazine Deejaymags’ nominations on 2008 (best electro house DJ, best club resident, best remixer and best DJ of the year) and also on 2007, when he won the Best Remixer of the Year Award with “Work It Out”. On 2008, after working with the most important dance music labels, David decided to work with Vendetta Records in the creation of his own label, “The Mansion Recordings”, a new project that also was granted a Deejaymags 2008 Best Label Award nomination.

Tracks like “Unleash Yourself”, “The Flow” or “Reise” have sweeped through the dancefloors all over the world. And there’s even more! We may follow his radio DJ proposal at his program “Rock Da House”, his new radio project, a weekly radioshow including new releases and the jewels of his case. “Rock Da House” is broadcasted in Spain by Loca FM, Push FM (London), LaX (Colombia) and other countries as Canada, Germany, Austria, Estonia and Russia. 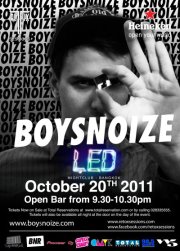 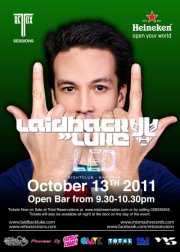 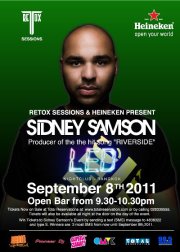