On Friday, Sept 2nd we are proud to welcome back one of the world’s best DJs, hands down. DJ Marky killed it at Q Bar way back in 2006. It’s been a while, but he’s finally back!!!

A little bit about the man:

With over 20 years as a true international professional, DJ MARKY has taken the level of artistry involved in DJing and music production to a whole new level.

The mild-Â¬â€mannered Brazilian first popped up on the global radar in the mid to late 90s, just as the Jungle scene was starting to take a proper foothold in clubland. With a background mainly comprising of Hip Hop, Funk, Techno and a well–â€attended residency in Sao Paulo, the Jungle movement really caught his attention and the genre soon became a true and unrelenting passion.
The big break however came when MOVEMENT travelled to Brazil and DJ Marky was spotted by legend of the scene Bryan G. One track was all it took to pioneer a tour to the UK and spawn a career spanning two decades; that track, of course, was â€œLKâ€, written alongside fellow compatriot XRS.

A meteoric rise to stardom soon followed, fuelled by the success of â€œLKâ€ reaching Number 15 in the UK Top 20 chart, and further catapulted by what is widely referred to as one of the greatest compilations of all time, â€œThe Brazilian Jobâ€. The album proved a perfect showcase for the talents of DJ Marky, combining tracks and scratching techniques in faultless fashion and showing that element of flair and creativity sorely lacking from the then Drum & Bass scene.
Now, after years of incessant touring, DJ Marky is still one of the most revered and coveted DJs in clubland and festival-Â¬â€land, having headlined Brazilâ€™s premier outdoor festival Skolbeats nine years in a row. His productions have graced many a compilation and are played by some of the biggest names in DnB, his label Innerground Records goes from strength to strength and the DJ MARKY & FRIENDS brand continually strives for world domination, having secured residencies in some of the most glamorous cities on the planet including London, Paris, Tokyo and Sao Paulo.

So, almost 100 releases in various formats, mediums and genres down the line, including some high profile remixes for Everything But The Girl, Claude Von Stroke, Fatboy Slim and Deadmau5; and DJ Marky is still at the top of his game and showing no signs of slowing. A raft of releases are scheduled for 2010 including a string of vinyl releases and mixed compilations as well as an extensive touring schedule ensuring each and every continent gets a glimpse of a true performer doing what he does best. 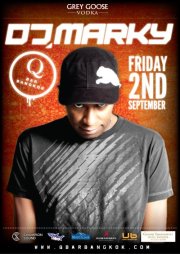 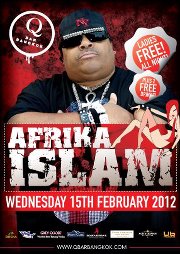 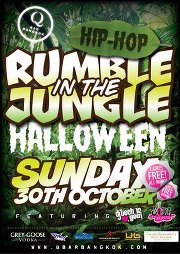 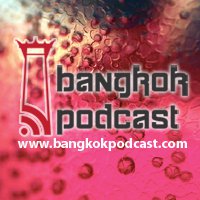 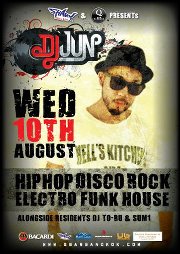