13 Starting easy is the key to a good Songkran unfortunately at the overstay we don’t do easy; we do messy!
…
Trance is massive, Top of the goa scene and psy represented, with the support of Ooze bar.

14 Heavy bass with Clarity peak, the London based Dubsteper will play some of his latest production straight from the wobble factory.

15 Jump to Old School rave techno with the Italian maestro DJ Shel . Get
down to an eclectic selection of electronica, from break beat to deep and passing through everything and anything.

And every day and night you can participate in the first
ever Songkran “paint” gun battle.
easy as it sounds, put your favorite color in your weapon of choice (super soaker, balloon, condom..)
and battle other teams on the overstay playground. the winning team of the overstay tournament will have 500 Bahts of alcohol to drink at the bar. Rule of the tournament will be explain on the spot but i can already tell you that it involves food colorant, drinking shots and chilli and wasabi depending of the teams. 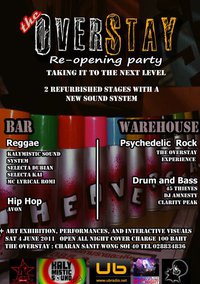 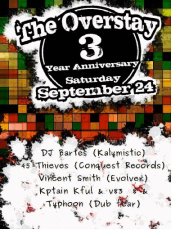 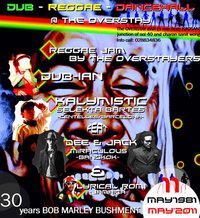 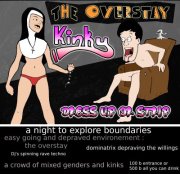 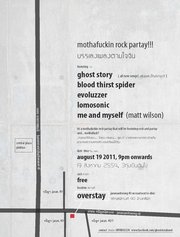 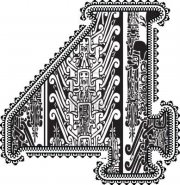