DJ ENDOâ€™s music is based around House but stretches out to Techno and other genre of electronic music that shape his unique style being aggressive and innovative. Today ENDO plays as a resident DJ of â€œSAW@AIRâ€ the official party of Satoshi Tomiieâ€™s SAW.RECORDINGS presented by Tomiie himself. He also appears as a guest DJ in various events in Tokyo and throughout Japan. Big party promoters trust END……Oâ€™s talent and skill highly, and over the years they often hire him to properlyã€€warm up top djs such as David Morales and Satoshi Tomiie to name a few. Sometimes emotional, other times sensible, ENDOâ€™s dj sets have captured many hearts on dance floors.

In studio, ENDO teams up with Takashi Sasaki, graphic designer, Japanese traditional calligraphic artist, music producer, and dj, and they form CONVERGE+. Together they released a vinyl â€˜T-sandwichâ€™ from Unidad (Spain), a single â€˜Aurora (OMB remix)â€™ from Lovehouse label and â€˜Vanillaâ€™ from Ko Kimuraâ€™s FUTIC SILVER (sub label of Futic Recordings Tokyo). Their 1st album â€˜Auroraâ€™ (Lovehouse/Disco King) was released in January 2009 and it looks like it will stand the test of time, for its steady sale even today. This year 2 tracks â€˜Global Jamâ€™ and â€˜Metroâ€™ were picked up by Swedish label Inkfish and â€˜Global..â€™ was chosen by Beatport for â€œ10 Must Hear Progressive House Tracks Week 3â€ in 13 Jan 2010. This caught even more global attention on CONVERGE+.

Coming out to the world from Nature-filled home town Hokkaido (The most northern part of Japan), DJ Masaâ€™s musical background came from his High School days listening to a feast of Rock, Blues, Jazz, Hip-Hop, Reggae, Techno, Jungle and Electronica.

After graduating, he moved on to Tokyo, where he found himself traveling to distant shores, stepping over borders such as Thailand, Australia & Bali, where his influence towards many different styles of sound developed.
He â€œOfficiallyâ€ became a DJ in 2006, starting at the legendary meet-up place of core music listeners and party people in circa at the time [ BREAKS ].

Later, he would be invited to various clubs of all shapes and sizes as the Main DJ or supporting act around Bangkok, and also at Clubs and Party events in Tokyo.

Noticed for his sounds which create a world of â€œDeepâ€ whilst having a subtle but recognizably powerful â€œPositive essenceâ€, his play style catches, places his listeners and audience into a laid back, right moodâ€¦ How music ought to be. From the DJ Connoisseur to plain music lovers, his knowledge of various types of music mixed with his style of â€œPositive essenceâ€ tunes in the interests of many.

Along with DJ Goro (A.k.a. DJ 56), the duo uplifted the mainstream and created a following every 2nd and 4th Thursday of the month where they started their residential event [ EARTH BEAT ] at Q BAR BANGKOK (Sukhumvit Soi 11).
Also, at Kao Sarn Road (Bangkok) is where ã€Žæ¥µæ¥½ – GOKU RAKU is Super Relax ã€, the only organized party along the strip is his most recent activity. As the name mentions, â€œGoku-rakuâ€ which means a â€œState of Paradiseâ€ or as mentioned, â€œSuper Relaxedâ€ where â€œCHILLâ€ is the main theme. A blend of REGGAE, JAZZ, SOUL MUSIC & GROOVE brings on various spirits and scenes to be enjoyed. 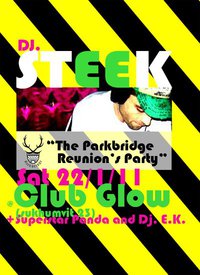 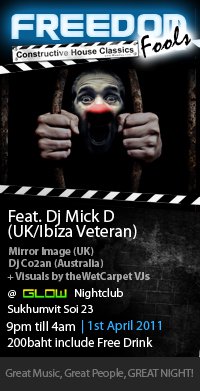 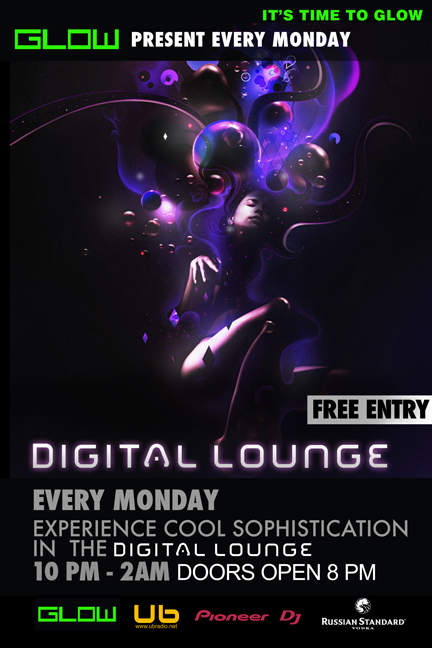 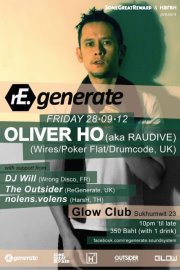