Join us for some Pre-Christmas cheer at Glow with a fun & free underground crowd. Music will be deep & funky / hot & happening, carefully selected and beautifully mixed by – DJ Masa, DJ Sinkichi & DJ Takayuki the 3 Japanese amigos! For a fun filled night with a fantastic vibe, get on down to Glow and experience some Dezi Love this Christmas. Valet parking for sleighs are free 😉

Coming out to the world from Nature-filled home town Hokkaido (The most northern part of Japan), DJ Masaâ€™s musical background came from his High School days listening to a feast of Rock, Blues, Jazz, Hip-Hop, Reggae, Techno, Jungle and Electronica. After graduating, he moved on to Tokyo, where he found himself traveling to distant shores, stepping over borders such as Thailand, Australia & Bali, where his influence towards many different styles of sound developed.

Originally a drummer from Kyoto, Japan, has traveled in many directions with music, while his main influence as becoming a DJ begun when he experienced the rave culture in London.
He came back and formed a drums-electronic-turntable style band with music that can be described as techno, house, trance, jazz, afro to ambient….known as and toured all over Japan and has left 4 albums, while forming another techno freestyle band with members from .The band has released a total of 5 albums while traveling through the rave scene from Japan to Australia – not to mention about his DJ career that comes along side of this history.

Okinawa Miyako DJ, and Guest House Coco Shanti owner in Naha. Organizer of party “R.P.Z.N” that comes the tenth anniversary in established CLUB HINOTAMA HALL of 21 years. RPZN is Deep & Funky Freestyle Dance Music Party. The member of the Open Air party team named Trance-Pool holds the party in the sea, the mountain, and the cave, etc. in Okinawa. The happiness of the party that listens to music naturally and dances . 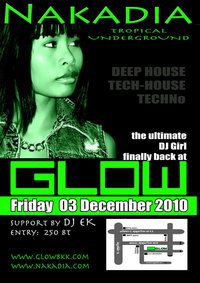 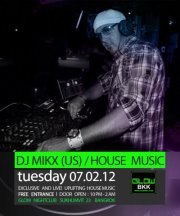