WORD UP with KEVIN FERNANDO

Kevin started as a DJ in his late teens. His love of music was evident from an early age and he was heavily influenced by soul, funk, disco and rare groove music.
Artists such as Marvin Gaye, Earth Wind & Fire, Leroy Hutson, Larry Levan and John Morales to name a few.
In the early 90’s, and with the explosion of dance music in London, Kevin began to DJ at small parties and bars. His sound incorporated early and classic house music alongside the disco and funk classics. During the 90’s, he played a whole host of clubs and bars including residencies at Double Bass, Soleal and Oscars Wine Bar.
As the 90â€™s drew to a close, Kevin was continually captivated by New York house and the disco influenced sounds of Louie Vega,Victor Simonelli, Kenny Carpenter, Joe Clausell, DJ Spen and Kenny dope. This sound took him back to his early influences and before long he was busy developing his love for the deep US House.
Continuing to push boundaries and developing his unique DJ style into the millennium, it wasnâ€™t long before he was busy co-promoting his own nights across London with regular guest appearances at Notting Hill Arts Club, Club 9, The Rock Cafe and Villa Stefano. 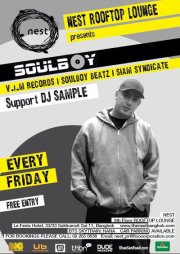 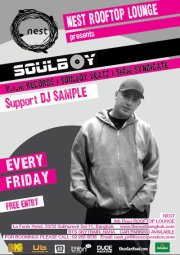