Few words about the DJs:

â—Š Andrea is a native of Italy, who settled in Bangkok after falling in love with it. He has spent a few years playing in countries like France and Spain. He owns a modest studio where he prepares his own sound and in the weekends throws parties around Bangkok!
His DJ-Session are well described as a dynamic mix of fresh Progressive,Techno and House, where exuberant bass lines and gorgeous vocals are the main features.
You can find him every Friday (08-10PM) at Bed Supperclub (Bangkok) playing some house beats in the bar side, at Black Pagoda on Tuesdays and at Cafe DEMOC for the monthly event party “Cafe DEMOC is our HOUSE”.

â—Š HOKUS is a DJ-Producer from France.
He moved on decks since age of 15.
First appearance took place at Duplex Club (1998 Calais) with Frank Biazzi (Lagoa).
After his Techno period, he started to be more into House Music.
As the time went he started playing in belgium clubs : H2o Club, Zoo Club, Escape Concept, Pulse Factory (2003-2009).
HOKUS, whos music style is defined as elaborate structure of “funky & Jackin’ House” rhytms with Hip-Hop, Jazz & Funk influences.
In 2010, HOKUS decides to leave Europe to feel new artistic vibrations in Asia and to open his own label: BLACK n’ PINK music.
One year after his first release, HOKUS is already considered as one of the best JACKIN HOUSE DJ-Producers of the new wave generation.
Today he counts with more than 40 tracks released under several labels.

Doors are fully open at 06PM! 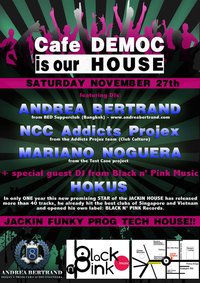 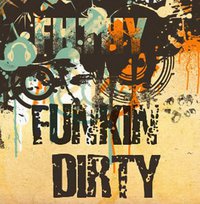 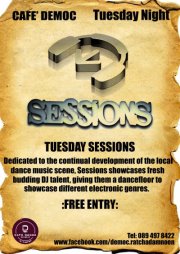 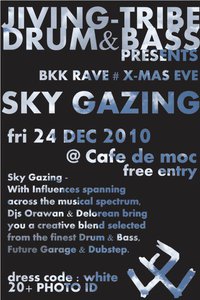