Artist Profile:
Originally from western Wisconsin, but now living in Bangkok, Justin released his first album in April, 2010.
Drawing inspiration from the likes of Ben Harper, Joe Purdy, Alexi Murdoch, Jack Johnson, Waylon Jennings and David Ruffin, Justin possesses a raw emotion in his vocals that reveals a soul laden with pain but redeemed by music.
While the topics of love, faith and death are not new, Justinâ€™s approach is signature in that his voice offers you every emotion he experienced in his writing process.

Press:
“(Justin’s) voice starts, and always returns, to where youâ€™d traditionally think it belongs: at a mellow, soothing pitch. But as the lyrics become more meaningful and guitar strokes more purposeful, his voice booms for a few unexpected moments. The raw emotional output speaks to his passion for music, of which he has plenty to go round.” – Trevor Kupfer, Volume One (USA) 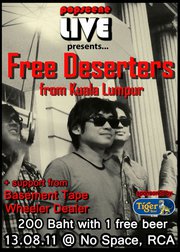 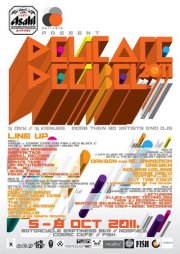