RSVP FOR FREE ‘+3’ ENTRY!!! YOU & 3 FRIENDS CAN COME & CHECK OUT ONE OF THE UK’S HOTTEST RISING DJ / PRODUCER TALENTS! <<<< OPEN BAR 10 - 11PM CHAMPION SOUND: SPOILT present KIM FAI @ BED: THURS 10TH MARCH 2011 â€œKim Fai is set to be a star of the future, his tracks feature in all of my sets. A true â€˜Leader of the New Schoolâ€™!â€ Mark Knight â€œHe could be the next House Mafia with AN21 & Max Vangeli.â€ Pete Tong â€œI love this kid! Heâ€™s making some great tracks at the moment.â€ Steve Angello Forget this year being the year of the Tiger, this has been the year for Kim Fai. His DJ sets have become an opportunity to showcase his latest work to some of the worldâ€™s greatest dance floors and as a result gaining loyal supporters wherever he goes. With appearances at Creamfields, Global Gathering, L.E.D, Love Parade, Tomorrowland and back to back gigs with AN21 and Max Vangeli, including an invite to perform at Tiestoâ€™s arena at Mysterylands Amsterdam, Kimâ€™s really started to make his mark amongst the House greats. Along with sell out gigs at Pacha with the Swedish House Mafia and supporting Deadmau5 for his US and UK tours, as well as Kimâ€™s own US gigs along the East and West Coasts only adds to Kimâ€™s success story. As a remix artist Kim has enjoyed major success with a string of high profile commissions from the likes of Chase & Status, Jason Derulo, Penguin Prison, Lady Gaga and The Prodigy. Radio Oneâ€™s undisputed voice of Dance Music, Pete Tong, has shown heavy support featuring all of Kimâ€™s remixes across his Essential Selections, including Kimâ€™s 15 Minutes of Fame & Essential Mix. Then who could forget the unmistakable summer sound of Kimâ€™s EP release, â€œPS/ Katoâ€ on Size Records. A hit across dance floors used by Kim and his peers which reached number one on the Buzz Chart. Beatport even awarded Kim with â€˜Best Chill Out Trackâ€™ of 2010 for his â€œPass A Roachâ€ release on Toolroom. With this ever expanding arsenal of remixes, re-edits and own productions, Kim has quickly become one of the most desirable bookings on the international club and festival circuit. With support from the biggest players on the scene and attention from both independent and major labels alike, Kim Fai is destined for great things. With major international shows and festivals booked into next year and an arsenal of hot new productions and remixes, Kim Fai is definitely THE name to look out for. RSVP FOR FREE '+3' ENTRY!!! YOU & 3 FRIENDS CAN COME & CHECK OUT ONE OF THE UK'S HOTTEST RISING DJ / PRODUCER TALENTS! <<<< 10 March at 09:00 pm - 11 March at 03:00 am Location : Bed Supperclub Created by: CHAMPION SOUND, Dave Milligan 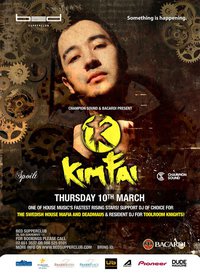 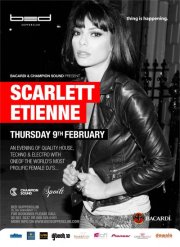 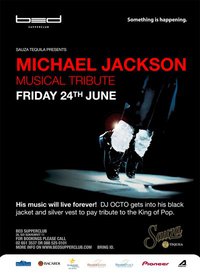 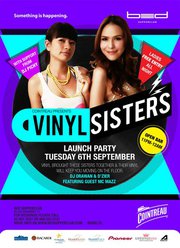 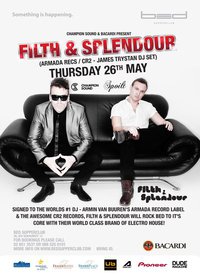 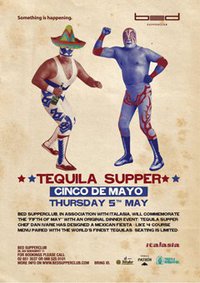