MOGWAI, the world-famous band from Scotland, will infuse Thai fans with an unforgettable dosage of post-rock for the very first time when they make their concert debut in Thailand.

Accompanying the Scottish band on stage will be two of the rock bands in the region (TOE and MODERN DOG), making this a worthwhile spectacle for concertgoers of all ages and nationalities.

MOGWAI is set to grace Thai fans with their unique sound, as one of the most influential bands of the progressive-rock genre. With their extensive discography, MOGWAI has long set the standard for instrumental rock, producing recognizable sounds such as â€˜Auto Rockâ€™ and â€˜Take Me Somewhere Niceâ€™, which are frequently featured in popular films and television. MOGWAIâ€™s latest album, â€˜Hardcore Will Never Die, But You Willâ€™ was performed at this yearâ€™s iTunes Festival (UK) and Fuji Rock Festival (Japan).

Japanese band, TOE, is another influential post rock band that has made invaluable contributions to the instrumental rock genre over the years with its soothing ensemble and dynamic sound. TOEâ€™s existing fan base in Thailand has made this band one of the more popular post-rock bands for Thai fans. 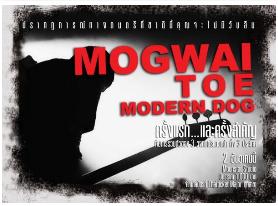 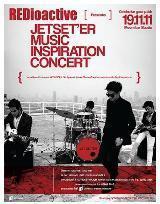