Gaijin, is derived from a Japanese word meaning “foreigner” or “outsider”. The word is composed of gai (outside) and jin (person), so the word can be translated literally as outside (foreign) person.” It reflects the ways he feels as he stands out amongst others in the multifaceted Malaysian society.

Despite being very much of a newcomer, he is well-versed in the local electronic music scene. His first exposure to electronic music was in 7-8 years ago in the legendary clubs namely Movement and Backroom. With international DJï‚’s rocking the clubs week in and week out he didnt miss any chance to hits the clubs. There he was exposed to the driving beats of maestros such as Carl Cox, Richie Hawtin, Technasia, Ken Ishii, Sven Vath, Danny Tenaglia, Frankie Knuckles and the legendary duo Sasha and John Digweed.

After moving on from there, he attended various other raves and club events. Some of the most memorable ones are the Full Moon Party in Koh Pha Ngan, Zouk Out, Global Gathering, Future Music Festival and many more. This left such a deep impact within himself that created this burning passion to explore deeper into the amazing wonder of electronic dance music. Why you may ask? Its because he wasnt content with just being on the dance floor feeling the thumping basslines and the pulsating beats Now he wants to experience the joy of playing in front of a crowd and make them move to the grooves he brings to the floor. This is when he decided to enroll for DJ lessons at the Royale DJ Academy under the guidance of Bryan Burger in February 2008.

In his quest to entertain his audience to sounds ranging from Deep House, House, Tech House, and Techno, he spends endless hours daily to search for the perfect tracks to entertain his fans and leave a lasting impact. His influences are very eclectic and diverse to say the least ranging mainly from producers such as Edu Imbernon, Uner & Coyu, DJ Madskillz, Julien Chaptal, Joris Voorn, Nima Gorji, Ilario Alicante, Martinez, 2000 and One, iO, Alex Niggemann, Steve Lawler and Richie Hawtin amongst others.

His ultimate dream would be to play in legendary clubs such as Cocoon (Frankfurt), Watergate (Berlin), Pacha (Ibiza), and Fabric (London) or in a massive rave such as Timewarp (Germany) Exit (Serbia) and WMC Miami (USA). Till then, see you rocking to Gaijin on dance floor! 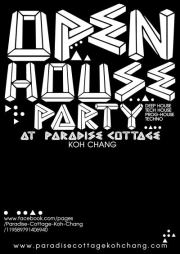 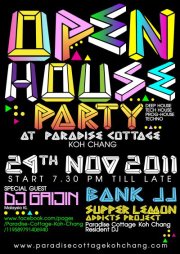