At this friday we will rock MOTOROOMclub ASIA with help amazing techno set from Dj Mays (UA). Get your emotions and power together for make super atmosphere for THE PARTY.

DJ MAYS
Born in 1981 in Odessa city the most beautiful city in Ukraine, Ruslan choosed his profession at the age of 14 and could realize himself as a DJ at 19 years old by getting his first award from Association DJ PROFY. Since that time Ruslan Mays doesnâ€™t stop playing at the biggest clubs and festivals all around Ukraine and Russia. Due to his love to music and popularity he starts his own radioshow project â€œThe Real Techno Mixâ€. During 7 years this project is leader in ukrainian radioshows charts. His techno music is a fusion of groovy, minimal, electro tech styles. Ruslan Mays is a pioneer of techno culture in Ukraine. With excellent support of people he is the best techno dj in Ukraine and for the last years he is in the top 5 djs. Mays has been working hard in his studio since 2007, his tracks are released in labels Yin Yang, Penetration Nation, TechHead, Prozak..

music and promo inSIDE 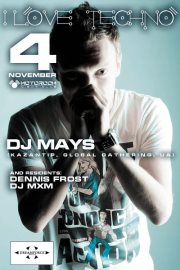 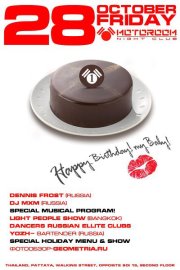 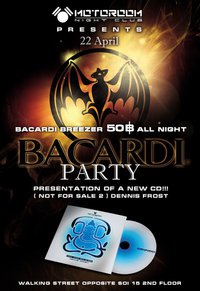 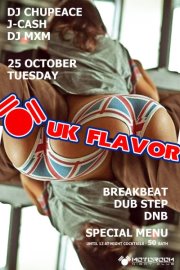