This is a very special booking for LimaLima, the hottest new DJ & Producer from Holland the last couple years will hit the deck’s at LimaLima Club this Thursday at our Superstar sessions!

* Tipped by TiÃ«sto as Top DJ in DJ Magazine
* DJ Magazine Top 50
* On the decks together with the elite:
Armin van Buuren, Paul van Dyk, Ferry Corsten, Judge Jules and Eddie Halliwell to name a few

LimaLima’s Superstar Thursdays is quickly becoming Pattaya’s hottest night out.
Do not miss this unique event in Pattayaâ€™s nightlife calendar and come party with the stars at LimaLima!

* A World class international DJ
* FREE entrance
* The party the whole town is talking about!

Without doubt the hottest new trance DJ / producer to emerge from Holland this past cou ple of years is Richard Durand. Recommended by the mighty TiÃ«sto as his ‘Tip For The Top in 2007’ in DJ Magazine, Richard responded with a string of stunning productions, including official remixes for TiÃ«sto, culminating in a new entry placing in the DJ Magazine Top 100 DJs poll and subsequent rise into the Top 50 places.

The Richard Durand sound is trance, techno and tough electro in a unique package that’s both dynamic and devastating. Having initially made his mark as a solo producer with big tech trance bombs such as ‘Make Me Scream’ and ‘Slipping Away’ on the Terminal 4 label, the huge success of his remixes of TiÃ«sto singles ‘Lethal Industry’, ‘Flight 643’ and ‘Break My Fall’, plus infamous festival favourite reworks of the likes of Prodigy ‘Smack My Bitch Up’ and Snow Patrol ‘Chasing Cars’ soon had Richard Durand marked as one of the hottest remixers on the planet with consistent playlist support from the DJing elite Armin van Buuren, Paul van Dyk, Ferry Corsten, Judge Jules and Eddie Halliwell to name but a few.

Richard Durand continued to deliver big tracks in 2008, adding his magic touch to Fragma ‘Toca’s Miracle’ and stepping up to rework Armin van Buuren ‘In And Out Of Love’ to equally devastating effect. At the same time, Richard’s solo productions were also hitting the headlines; his ‘Weep’ track featuring Skin from Skunk Anansie on vocals was signed to Perfecto and proved to be one of the summer’s biggest anthems.

It was also 2008 that saw the Richard Durand DJing schedule explode into overdrive as the dance community embraced an artist who was not only a hot producer, but also one of the most technically accomplished DJs in dance music today. Utilising 4 x CD decks and effects units, Richard Durand DJ sets are a whirlwind journey of cutting edge tunes, exclusive reworks, slick mixing and technical wizardry behind the decks. His ability to work crowds into a frenzy and a clear passion about his music have cemented Richard Durand’s place as a fans favourite the world over and a legend in the making.

Richard Durandâ€™s show-stopping sets and crowd pulling DJ status is confirmed by his DJ diary reading like a who’s who of A-list events, headlining global festival brands such as Sensation, Trance Energy, Planet Love, Coloursfest, Tunnel Electrocity and Summer Of Love, plus leading club brands including Godskitchen, Gallery, Gatecrasher and Slinky, a standout summer residency at Judgement Sundays in Ibiza and tours to every corner of the globe. He’s also joined the exclusive set of DJs to be awarded a coveted ‘Essential Mix’ on BBC Radio 1, as well as co-hosting shows twice with Judge Jules on Radio 1.

In 2009 Richard Durand clocked up another huge remix, this time of Art Of Trance ‘Madagascar’, before setting another landmark on his rapid career path to the top by releasing his debut artist album ‘Always The Sun’ on Magik Muzik / Black Hole Recordings. The album spawned massive singles such as ‘Into Something’, title track ‘Always The Sun’ and ‘No Way Home’. When Black Hole announced at the start of 2010 that there would be a new figurehead of their legendary ‘In Search Of Sunrise’ series of CDs previously fronted by TiÃ«sto, there proved to be just one obvious successor to the throne – Richard Durand, with ‘In Search Of Sunrise 8 – South Africa’ released in May and currently hosting tour dates worldwide. 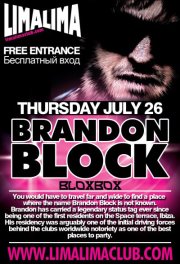 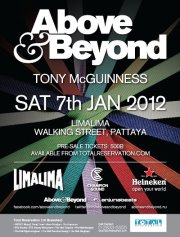