World renowned, Grammy Award winning Superstar DJ and party icon Roger Sanchez is enjoying an unprecedented year and celebrating a tremendous decade. Fresh off his incredible Amnesia residency, Roger takes only a minute to reflect on the epic summer of unforgettable parties, and good times had in Ibiza. With the Rogerâ€™s upcoming plans, he is making a valid claim to quite possibly be the â€œhardest working man in house musicâ€. After tremendous remixes of Maroon 5 and Brandon Flowers- Roger is quickly becoming the go-to DJ for pop/house hits! The S-Man as well looks forward to putting out the upcoming Release Yourself 10 compilation.
Roger states that

â€œ10 years of Release Yourself has made me fall in love with House Music even deeper. The 10thAnniversary is a reflection of my continuing love affair with what i call house music and its explosive effect on my dance floor.â€

As if that wasnâ€™t enough, Roger continues to develop his highly anticipated artist album. For a little taste of the album, the dance floor smash â€œ2getherâ€ feat. Far East Movement will be released on November 9th! However, as you know, Roger canâ€™t stay cooped up in the studio too long! Thus to satisfy his desire for the live show energy, Roger has planned a tremendous US tour with Dutch phantom Sidney Samson. So, rest up now while you are able, and prepare yourself for the takeover of Roger Sanchez!

Born to Dominican Parents in Queens, New York in 1969, Roger spent his younger years soaking up the musical influences that were the lifeblood of his home town. It was the diversity of these influences, from salsa, blues and soul to disco, rock and hip-hop, that solidified Rogerâ€™s dedication to representing this spectrum of musical styles. Thus, Rogerâ€™s sound is impossible to pigeon hole, refusing to fit the template of any one genre:

â€œI have always listened to a wide range of music, taking different influences from hundreds of styles. The diversity of the sounds I hear influence different lines of thought when Iâ€™m in the studio creating something newâ€

After leaving college to follow his music-filled heart, Rogerâ€™s passion for DJing conquered his hometown, and the last days of the 1980s saw Roger spinning beats in the Big Appleâ€™s most notorious clubs. 1990 saw the S-Man catapulted into international limelight with his first hit Luv Dancin, released on the eminent Strictly Rhythm label under the first of many monikers Underground Solution.
Rogerâ€™s creative evolution through the rest of the decade yielded a string of hits, and whilst working under his Transatlantic Soul alias, Roger conceived the enduring legend Release Yourself. Born in 1996 through club smash single Release Yo Self, the brand has grown into a worldwide phenomenon that embodies Rogerâ€™s deep belief in the liberty music can bring. Now an exclusive clubbing concept, a CD mix series, an IDMA winning podcast radio show that touches millions, and an annual residency that still dominates the scene in its 10thth season in Ibiza, Release Yourself continues to gather momentum as one of the most recognized and seminal brands on the global scene today.

Roger has remixed superstars such as Chic, Daft Punk, Diana Ross and The Police, contributed to the soundtrack of Hollywood movie Blade, and founded 3 record labels before his beloved Stealth. Since forming his opus label Stealth Records in 2002, the recognition has continued to roll in. Even through the glare of his massive commercial success, the expanse of Rogerâ€™s fame has neither diluted his outlook nor marred his creativity, and he remains a true champion of new music with one ear always pressed firmly to the underground. In one week alone Roger scored a trio of tracks in the top 25 Billboard Charts, but even after winning a Grammy in 2004 and establishing a global fan base of millions, the S-man remains grounded, making it clear that â€œReally, as always, I just do what I do and am grateful to be able to follow my heart.â€

Whether overwhelming a frenzied crowd at Miami WMC or pushing musical boundaries on the White Isle, Rogerâ€™s love of connecting with a crowd ensures that he keeps his status as a true citizen of the World amidst a continuous whirlwind of global touring. At every gig, the S-Manâ€™s relationship with his international network of fans is evident in the mutual energy and appreciation between Roger and the crowd:

â€œOne thing thatâ€™s very important to me is to take into account what the people on the dance floor are feeling â€“ to reach out and connect to their emotions allows me to share whatâ€™s in my mind with them. I always have a strong connection with my fans and their dedication and love has allowed me to thriveâ€
From his legendary performances at the worldâ€™s most exclusive events, his chart-topping hits, award winning radio show and acclaimed compilation series Release Yourself, Roger is still soaring at the top of his game, spanning 3 decades on a meteoric journey from underground cult figure to master of the global club stage. 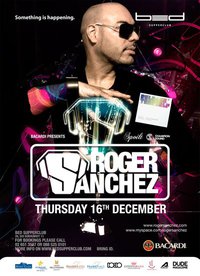 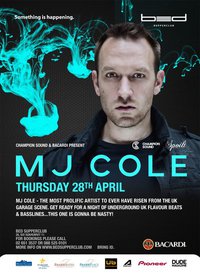 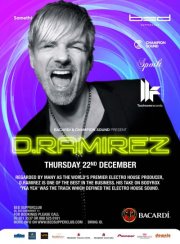 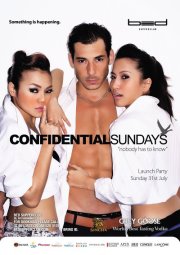 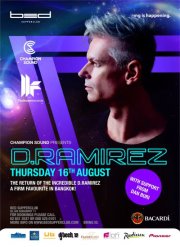 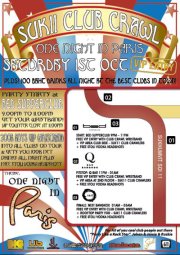