UB have a real treat for this monthâ€™s event @ Glow in the form of Drum & Bass aficionado, label boss and very skilled DJ – TC1 from the UK. This is going to be MASSIVE!!

Ant TC1 is not only the label manager of D&B label â€˜Dispatch Recordingsâ€™, a label thatâ€™s been around over ten years, but is gaining a lot of momentum within Drum and Bass recently, having released their first album (Transit One) and built a healthy family of forward thinking, technically excellent artists, but also a producer and DJ in his own right, being a much sought after remix artist as well as producing many collaborations and solo tracks with much DJ support. Itâ€™s techy, forward thinking, and just how we like it.

TC1â€™s production output has featured on a mass of compilations and mix CDâ€™s compiled by the likes of Shy FX, LTJ Bukem, Total Science, AI, Spectra soul, Klute and Brian G. Additionally his work has featured very heavily within the radio shows of Groove rider and Fabio on their respective BBC Radio 1 slots over the years as well as BBC 1Xtra where TC1 once hosted his own one-off 4 hour show as well as also twice appearing as a guest on DJ Flights weekly session. His DJ work has seen him play all over the globe from Adelaide to Los Angeles, from Hong Kong to Budapest, Tel-Aviv to Bangkok and last but by no means least, regularly UK wide. 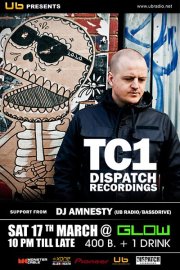 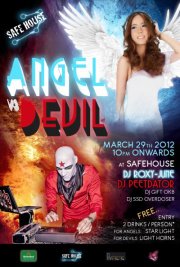 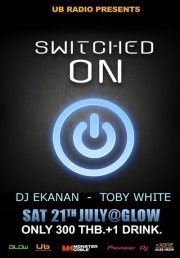