They will be joined by local acts BrandNew Sunset, Abuse the Youth and Lomosonic.

The Rock Pub is the promoter of this concert, but it will be held at Route 66, a bigger venue!

Anberlin is an American alternative rock band from Winter Haven, Florida. Formed in 2002 with 5 studio albums up their sleeves, they have established themselves as a household name in the Alternative Rock culture worldwide.

Anberlin make music that combines rock, punk and emo, although their overall sound leans closer to streamlined rock â€˜nâ€™ roll than to those other genres. At the same time, they flaunt a pop accessibility and compact song structures, which allow their albums to have immediacy to them.

Despite being on an independent label during their first 2 albums, Anberlin finally started making major commercial inroads on their third record, 2007â€™s Cities. Getting as high as No. 19 on the Billboard chart, Cities featured a harder-edged sound than Anberlinâ€™s previous albums.

After gaining more success in the mainstream, it had resulted in the band signing with a major label. Before the release of their 4th album, New Surrender, Anberlin left Tooth & Nail and signed with the major label Universal Republic. New Surrender showcased a broader sonic palette than the bandâ€™s three previous albums and a more mature outlook than their previous works.

And with their latest release, ‘Dark Is the Way, Light Is a Place’, past September, Anberlin is stronger than ever with continuously expanding fan base and with more maturity to their sound.

â€¢ Labels : Universal Republic, Island (UK),Tooth & Nail
â€¢ The band’s third album, Cities, was released in 2007, and became their first album to reach the top 20 of the Billboard 200
â€¢ The album titled New Surrender peaked at number 13 on the Billboard 200, with the first single, “Feel Good Drag”, claiming number one on the Alternative Songs chart, after 29 weeks in the chart.

After playing in front of as many as 30,000 people in various countries such as Australia, New Zealand, Japan, and many more, Anberlin will be touring Southeast Asia, including Thailand, for the first time. 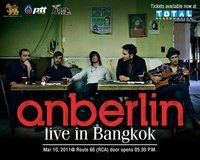 The Anberlin in Bangkok at Route 66 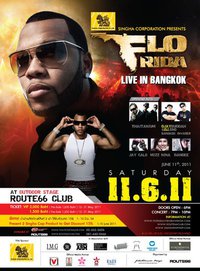 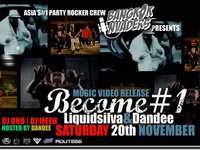 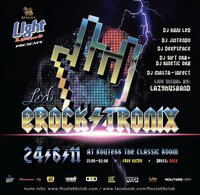