Do The Pains of Being Pure At Heart belong? After garnering widespread acclaim from the likes of The New York Times, Pitchfork and NME to countless indiepop forums, blogs and even Live Journals for their out-of-nowhere s/t 2009 Slumberland debut, have The Pains made the kind of record that will matter to the kind of people to whom records still matter?

From the opening explosions of electric guitar on “Belong” (“We don’t”) and the sumptuously synthetic dance pop perfection of “The Body” to the prom-in-heaven chorus of “Even in Dreams” and the closing moments of the uncommonly sincere and affecting “Strange” (“â€¦and dreams can still come true”) the answer is an unqualified, resounding (and damn good sounding) “Yes.”

Having moved beyond mimicking, albeit exquisitely, their impressive record collections, this album is a celebration of the possibilities of pop from New York City’s pre-eminent indiepop believers. It is as much an affirmative answer to “can they” (rise above their influences? Capture the magic of their debut without repeating it? Use color on their album sleeves?) as it opens the door to the more difficult question of “how do they?”

Or more precisely, how do they make such affecting, yet unaffected pop music? How do they sound at once confidently vulnerable and carelessly thoughtful? How does a band on Slumberland make a record with two of the most recognized producers in the world and come out the other end sounding even more like themselves than before? The dichotomies are daunting, but their resolution on Belong is nothing short of stunning.

Recorded with the production and mixing team of Flood (Depeche Mode, U2) and Alan Moulder (Smashing Pumpkins, Jesus and Mary Chain, Ride), Belong unleashes added power, while retaining all the sweet sweet melodies that still hit that pop spot. 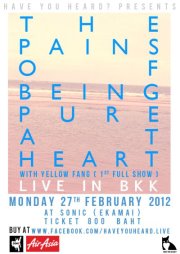 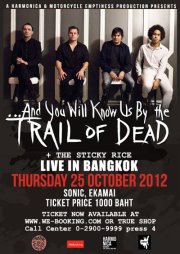