Take over the Robin Hood for the second time.

“Their songs exude classic Britpop lavishness blended into layers of contemporary goodness”.
At The Womb.com

“Their upbeat tunes and ear-pleasing chords and riffs mixed with the electrifying sounds of the synthesizer and quirky beats are sure to set the crowd itching to groove”. Junk

“They are loud, they are feisty and judging by the collection of cool songs at their disposal, nicely poised to give the regional indie scene a long overdue shake up.” Robin Banks, KOKOAsia.com

“The Standards, one of the regions fastest rising indie groups”. CNN.

“They really are something special.” The Source Radio, UK

“A hit on the indie circuit, these guys are, for many, knights in shining armor come to rescue what’s become a bleak, mundane Thai music scene.”, The Nation

“Songs bursting with energy, which anyone can sing to, dance to, and be charmed by”. ModayFlying.com

“They are the embodiment of indie”. www.m-mosaic.com 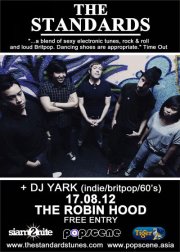 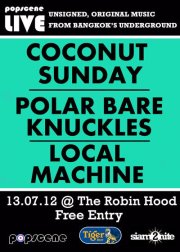 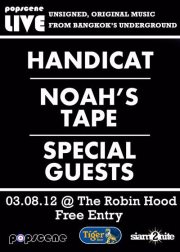 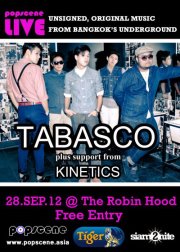 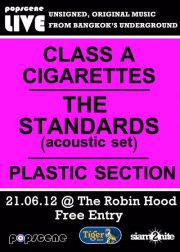