THE UNDISPUTED ‘GODFATHER OF HOUSE’ & NOTHING SHORT OF A HOUSE MUSIC LEGEND TODD TERRY RETURNS TO BANGKOK AT LEVELS…!!!
WEDNESDAY THE 29TH OF AUGUST.

With Terry’s very own classic tracks such as ‘Keep On Jumpin’ and ‘Something’s Goin On’, Todd Terry was one of house music’s first true superstars. The man responsible for unforgettable anthems such as The Jungle Brothers ‘I’ll House You’ and Everything But The Girls’ ‘Missing Remix’ ‘Miss You’. Todd singlehandedly defined the New York house sound in the late 80’s and 90’s. Todd Terry’s career as a producer and DJ continues unabated to this day with his ‘Strictly Todd Terry’ mix album as well as the Todd Terry Allstars feat. Kenny Dope, DJ Sneak, Terry Hunter, and Tara McDonald. His official remix credits include commissioned work for Bjork, Kylie Minogue, Duran Duran.

Born & raised in Brooklyn, NYC, Todd is one of the worldâ€™s most celebrated figures in dance music. With almost two decades of dance floor domination under his belt the quality of his productions goes from strength to strength.
As a DJ, he’s absolutely incredible – cosmic disco vibes with bags of hip hop attitude make for something totally unique. 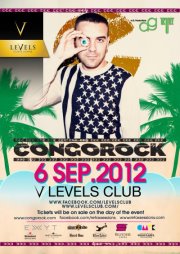 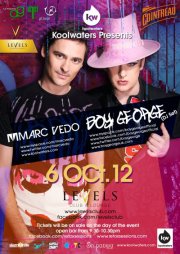